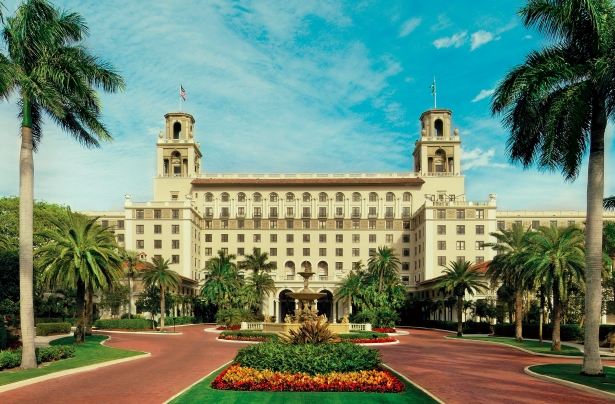 Every now and then, I’m fortunate enough to have a client engagement close to home. During one recent example, I was on my way to meet a client at The Breakers Hotel in Palm Beach. My Lyft driver was a retired college professor who had taught business strategy at Drexel University for many years. He shared a wonderful anecdote about the first time he came to the Breakers in the 1970s with his wife. They were co-teaching a course, and the agenda was fairly light. In fact, they didn’t need to show up in the mornings until 10 a.m.

Unfortunately, for them, The Breakers was building an upscale condominium complex on the property, now known as Breakers Row. Every morning, the jackhammers and cement mixers would start up at 8 a.m. jolting them out of their illusions of paradise.

One night over drinks, one of the course members commented to my driver on the hotel’s beauty. The driver agreed and said that everything had been wonderful, but that he regretted how early the construction noise started every morning. When they got back to their room that night, they found a bowl of chocolate covered strawberries and a note apologizing for the inconvenience caused by the construction, and letting them know that for the remainder of their stay, construction would not start until 9 a.m.

A waitress or bar tender had overheard their conversation, noted their room number, informed their manager, and someone took the time to call the construction company, figure out a solution, and put themselves in their customer’s flip-flops.

As we’ve mentioned before, we get pushback from marketers when we use examples of USAA, Amazon, and Disney. Some marketers believe that it’s easier for them because of the resources at their disposal. But we always point out that customer-first behavior starts with a mindset. Without that, any investment in technology or process is going to be wasted. The Breakers didn’t use fancy listening platforms or big data solutions – just respectful empathy and a desire to deliver a world class experience to every customer. 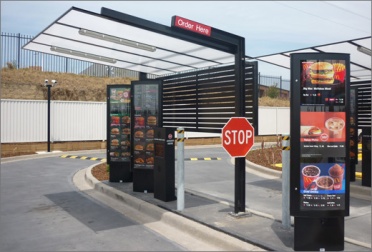 Back in my Forrester days, one of my favorite things was to be invited to a “WIM session”. Forrester analysts write research that captures the essence of what’s changing in the market, why that’s important now, and what the takeaways should be for the reader. But, then in big important research, we would bring together a bunch of analysts – often from different research teams – and conduct a “WIM Session.” WIM stands for “What it means.” We’d start from the future perspective envisioned in the report and ask questions about what will future would look like, how companies will have to change as a result, how the economy might change, or how consumer behaviors might change. We would pursue these questions down a “if that, then what?” chain until we got to the borderline-absurd.

Nick, Josh, and I conducted a similar “Dream Session” as we were wrapping up Marketing to the Entitled Consumer. We asked ourselves and our collaborators what would happen in a world of entitled consumers and consumer-first marketers. One of our predictions that we published in the book was that “Consumer-first marketing will give rise to a bespoke products economy.” We referenced INDOCHINO, which sells custom men’s suits, chinos, and shirts, and delivers products to consumers that exactly match their preferences, but didn’t exist until the consumer asked for them. Amazon can print books on demand. Tesla takes your order and builds a car to your spec. Nike and Adidas are selling more and more shoes that are one-off designs by individual customers.

And, then, this week McDonald’s announced that it will acquire Dynamic Yield, an “AI powered personalization platform,” and will use its decision technology to “increase personalization and improve customer experience” allowing the fast food restaurant to adjust digital menus at drive-thrus depending on the time of day, weather, traffic, or trending menus.

If you’d asked me for a list of potential acquirers for Dynamic Yield, I’d be lying if I said that I’d have put McDonald’s on that list. But, I applaud their foresight and hope, for their sake, that they can deliver on their aim to accelerate their digital transformation and “advance” and “elevate” “McDonald’s customer experience with technology and innovation.”

If even a burger joint sees the need or opportunity to invest $300 million in technology that enables it to become more customer-centric, is there a company out there that shouldn’t be thinking along these lines?

I get pushback when I point to Disney, USAA, or T-Mobile as examples of companies that excel at consumer-first marketing or customer-centricity. People argue that these companies have some sort of unfair advantage or extenuating circumstance that somehow makes focusing on the customer easier for them. But, even if you’re not trying to be the next Disney or USAA, every company can improve – and that starts with a mindshift, and doesn’t have to involve spending lots of money upfront.

To make the point, I usually turn to Tom Boyles, former SVP of global customer managed relationships at Disney Parks & Resorts. Tom spent most of his career in banking, and would point out that his opportunity to connect with customers at Disney was no greater than at any other stage in his career. He once told me that people would look at him and say, “it’s easy for you to connect emotionally with customers. You’ve got everything from Mickey Mouse to Johnny Depp at your disposal.” But, Tom would turn that around and ask them, “what’s more emotional than the roof over the head of your family, your ability to send your children to college, or your ability to afford your retirement?” Mortgages, 529 accounts, and 401Ks could be boring products to promote, but if you put yourself in your customer’s shoes and understand their emotional connection, it makes it a heck of a lot easier.

I’m not naive. I know that Disney spent more than $1 billion upgrading the customer experience at its parks. But, one of the reasons I point to Disney as a great example of a consumer-first business is because of the small things that it does. Look back at Tom’s title. He wasn’t running the CRM team. It was CMR – Customer managed relationships. Why? Because they believe that the customer owns the relationship and not the company. In Marketing to The Entitled Consumer, we reference the story of a security guard at a Disney park asking little girls that were dressed as princesses for their autographs.

I love finding small examples that demonstrate a firm’s commitment to being customer-first. Last week, on LinkedIn, I posted a picture of two stacks of shopping baskets in a Sephora store. The baskets are in two colors – one indicates that the shopper would like to be assisted and the other that they would like to be left alone. The response to my LinkedIn post has been tremendous. Thousands of people have viewed the post and hundreds have liked or commented. As I said in that post, customer-centricity and customer experience start with a mind shift – by putting yourself in your customer’s shoes.

Sephora is another one of those companies that I point to as an example of a consumer-first business. They’ve shown over the years a commitment to understanding and providing value to their customers. But, what I loved about this example was its simplicity. You don’t have to invest a billion dollars as Disney did to overhaul your entire process and system. Instead, you can change your outlook – truly consider what is valuable to your customers and make small, incremental changes that can have major impacts on your customer’s experience. 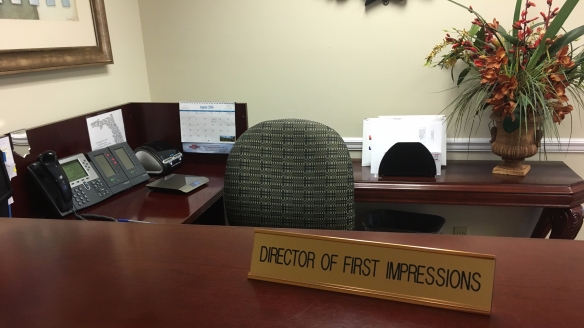 When my former colleage Augie Ray posted recently that he has “given up on Amazon until they become a better employer and corporate citizen” it set me thinking. I realized something about how I patronize different brands. When I favor a brand, it’s often due to aligned values — I’m willing to spend more at Patagonia, for example, than at many of their competitors. Yes, they produce a quality product, but I also respect, and am willing to compensate them, for their principles.

I once commented that some companies seem to engage in “concerted acts of hostility” rather than “random acts of kindness.” And, unlike Augie’s principled stand against Amazon, I realized that when I have blacklisted brands, it’s almost always due to negative customer experience – or concerted act of hostility. There are companies that I refuse to patronize. For example:

To complicate matters, I do know that my expectations are higher for the Cleveland Clinic than for other hospitals. This is mainly due to having heard from their executives while I was at Forrester, about how much emphasis they place on customer experience. When they failed to meet basic courtesy, yet claim to value CX, I gave up on them.

I had a similarly nuanced experience with JetBlue. I used to hold them to a higher standard due to the experiences that I had enjoyed. When they let me down, badly, on a subsequent occassion, I stopped flying them for a while. Then, when I began to fly with them again, I changed how I thought about them. I now think of them as just another uncaring airline. They’re no worse than the others, but I no longer think of them as better. And, then there’s brands like Comcast, that I’d love to avoid, but I live in a condo which has a monopolistic relationship with the company. I live with them, but loath them.

I don’t have the answers on this one, but I’m intrigued to explore further. Do shared values lead to higher loyalty, while negative experiences lead to hostility? Certainly for me, that’s the case, but what’s your experience?

This blog is a place for us to explore the consequences of today’s entitled consumers – those that feel deserving of special privilege. We believe companies need to embrace them and build their businesses around them. 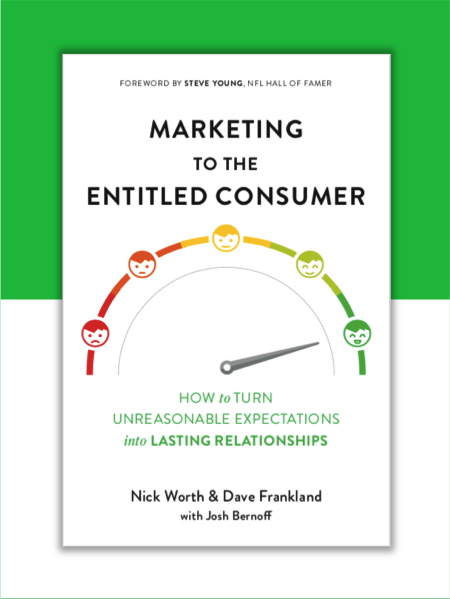 Modern consumers want it all, and they want it now. What can marketers do to keep up with these demands? Marketing to the Entitled Consumer lays out a new approach that will help businesses and agencies adapt, anticipate, and turn unreasonable expectations into lasting relationships.